Up in horsey heaven here's the thing...

Ever since the Parks and Recreation special, I’ve had Li’l Sebastian’s song stuck in my head nonstop. So when I saw Robert Mahar ‘s amazing horse marionettes I was inspired to create a Li’l Sebastian version!

My Li'l Sebastian marionette is hanging in "Horsey Heaven" for sure. He even whinnies when he raises his head — which is amazing— no matter what Ben thinks. :p 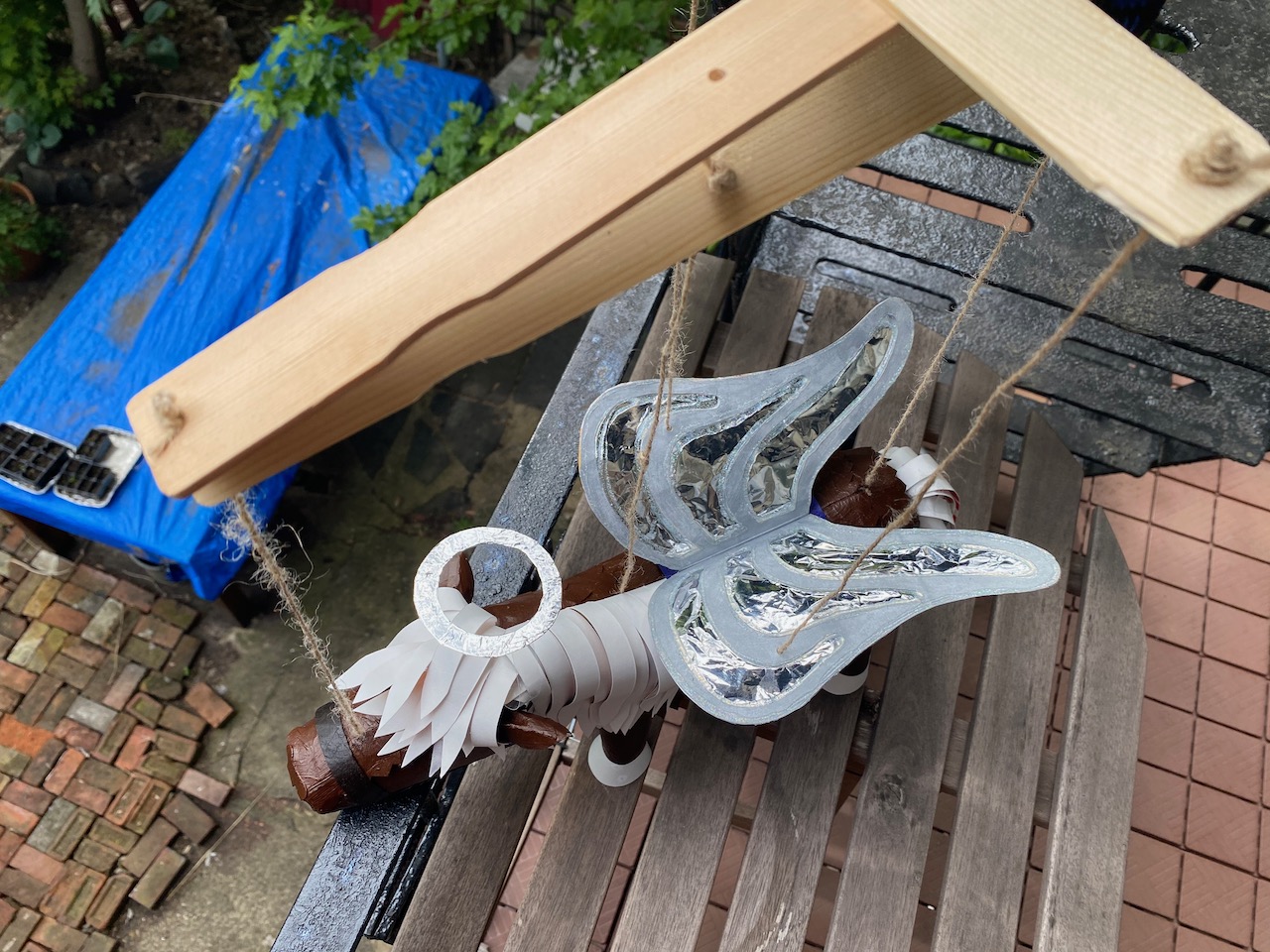 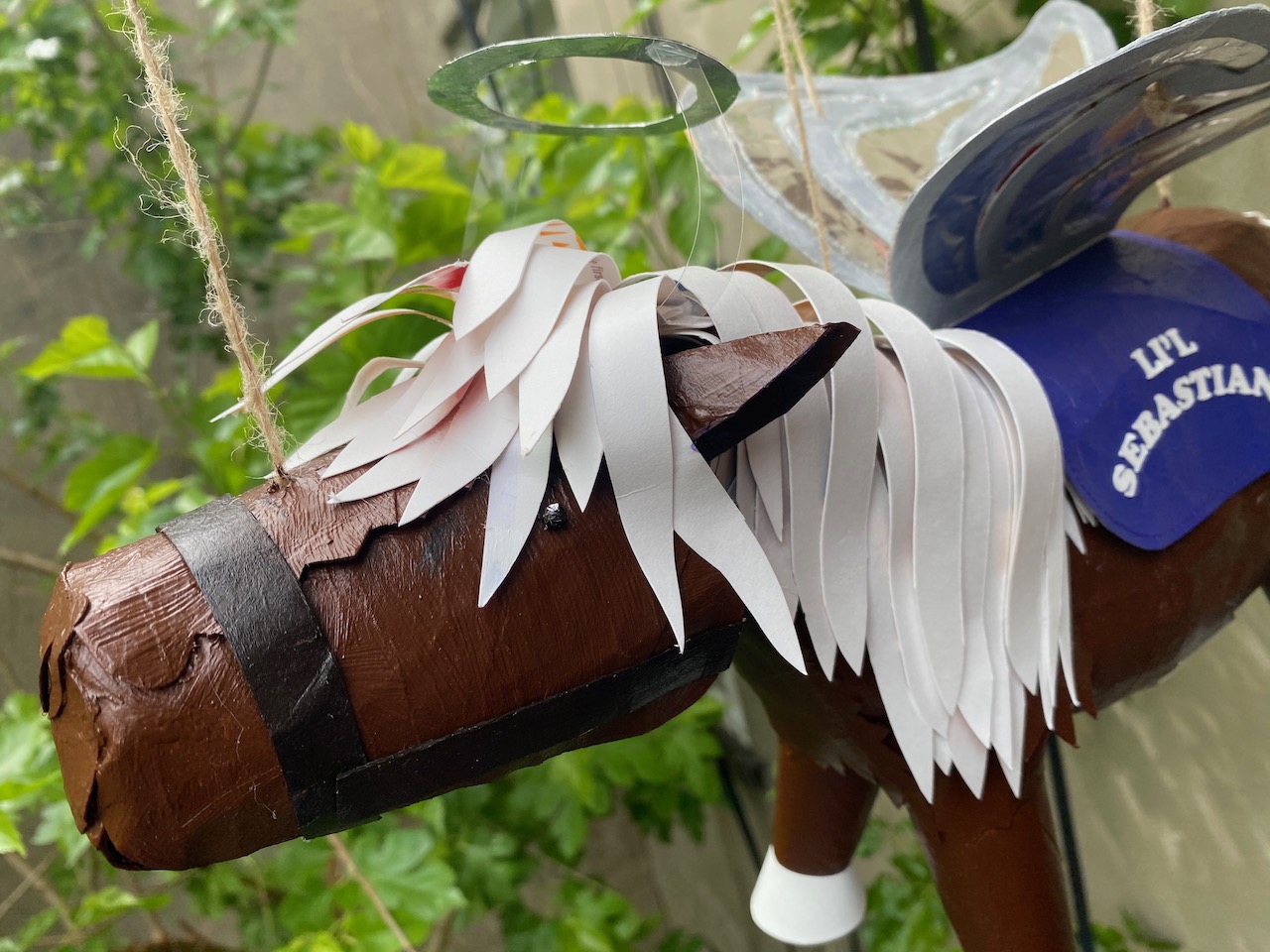 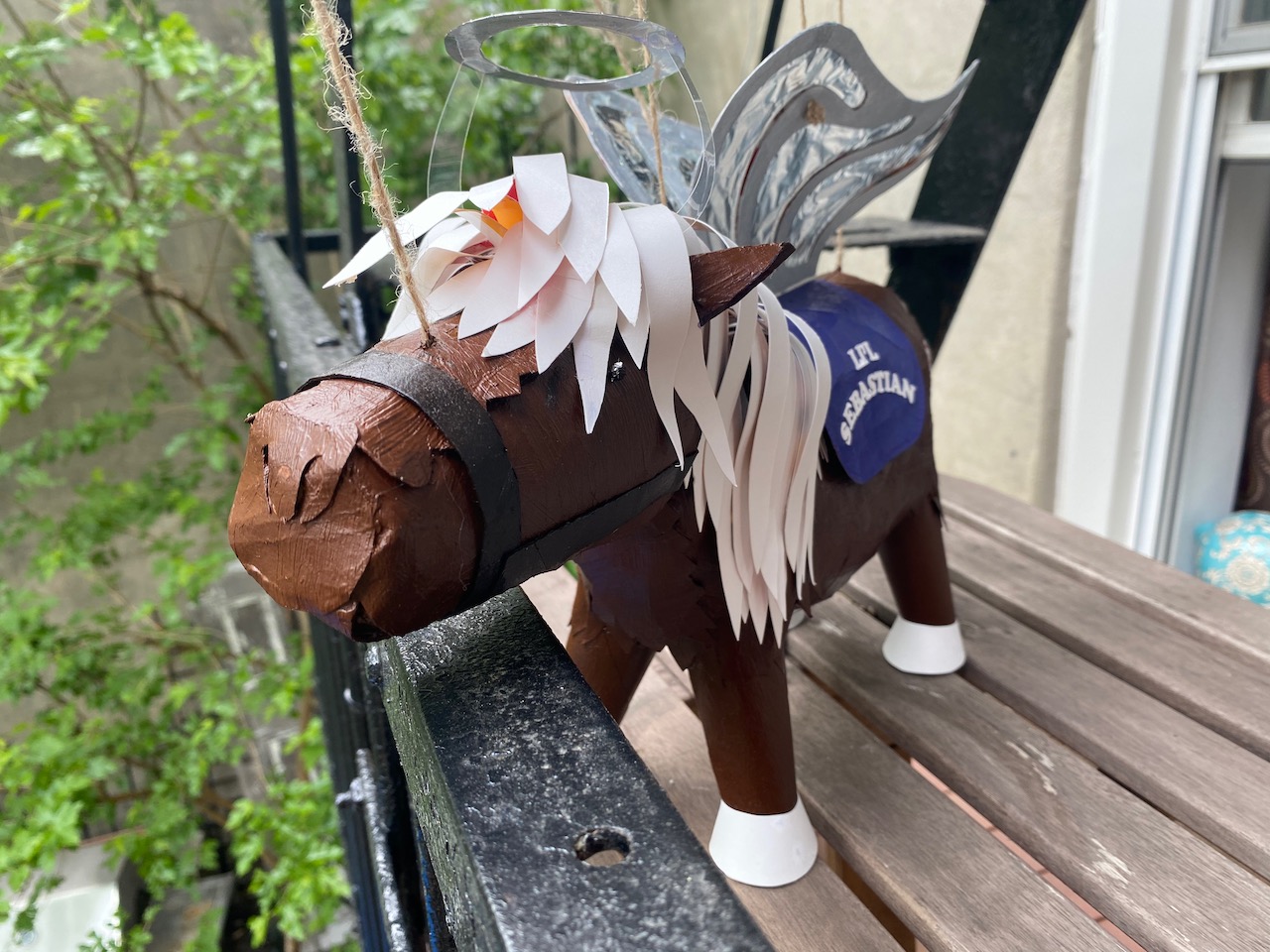 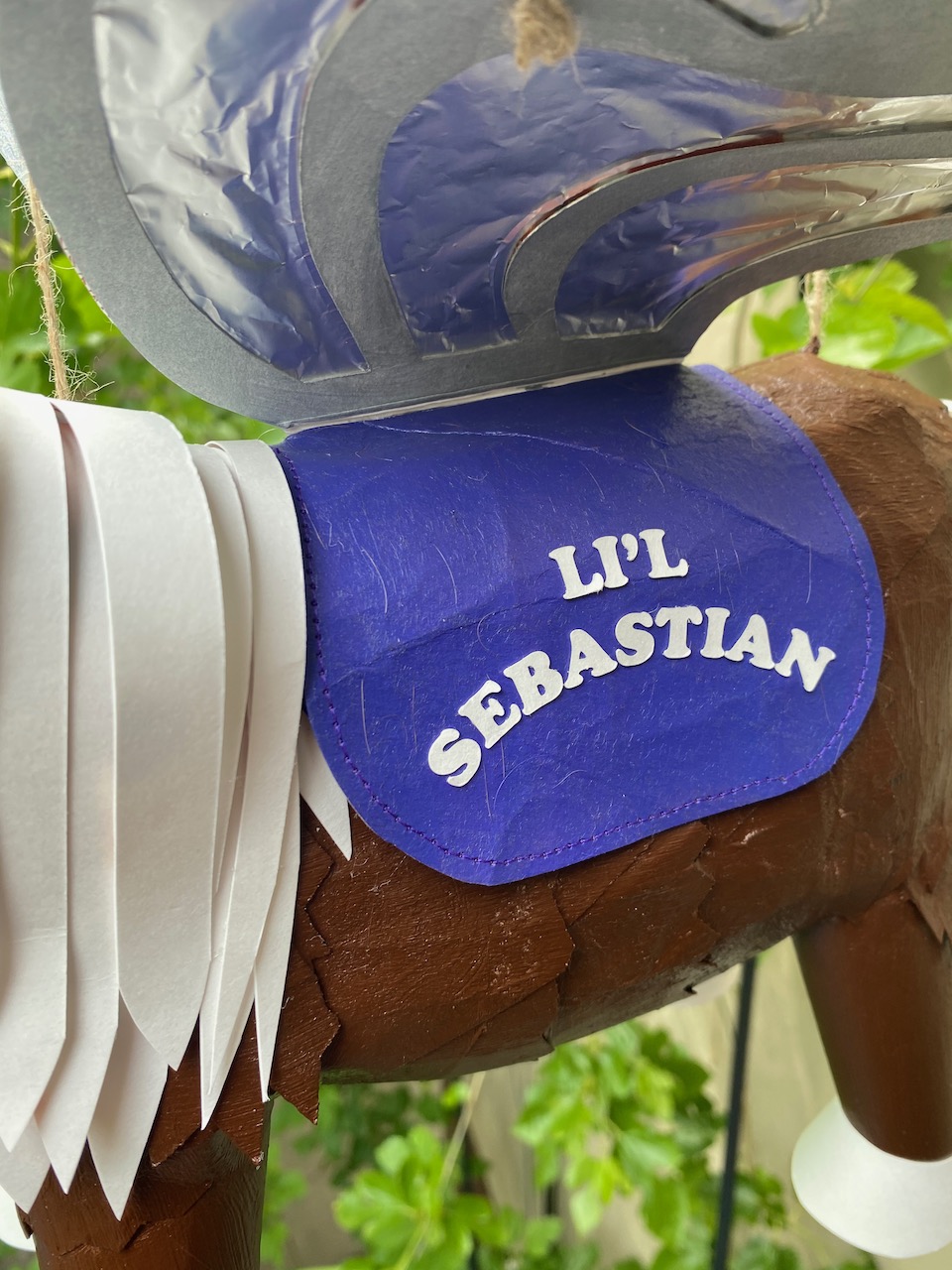 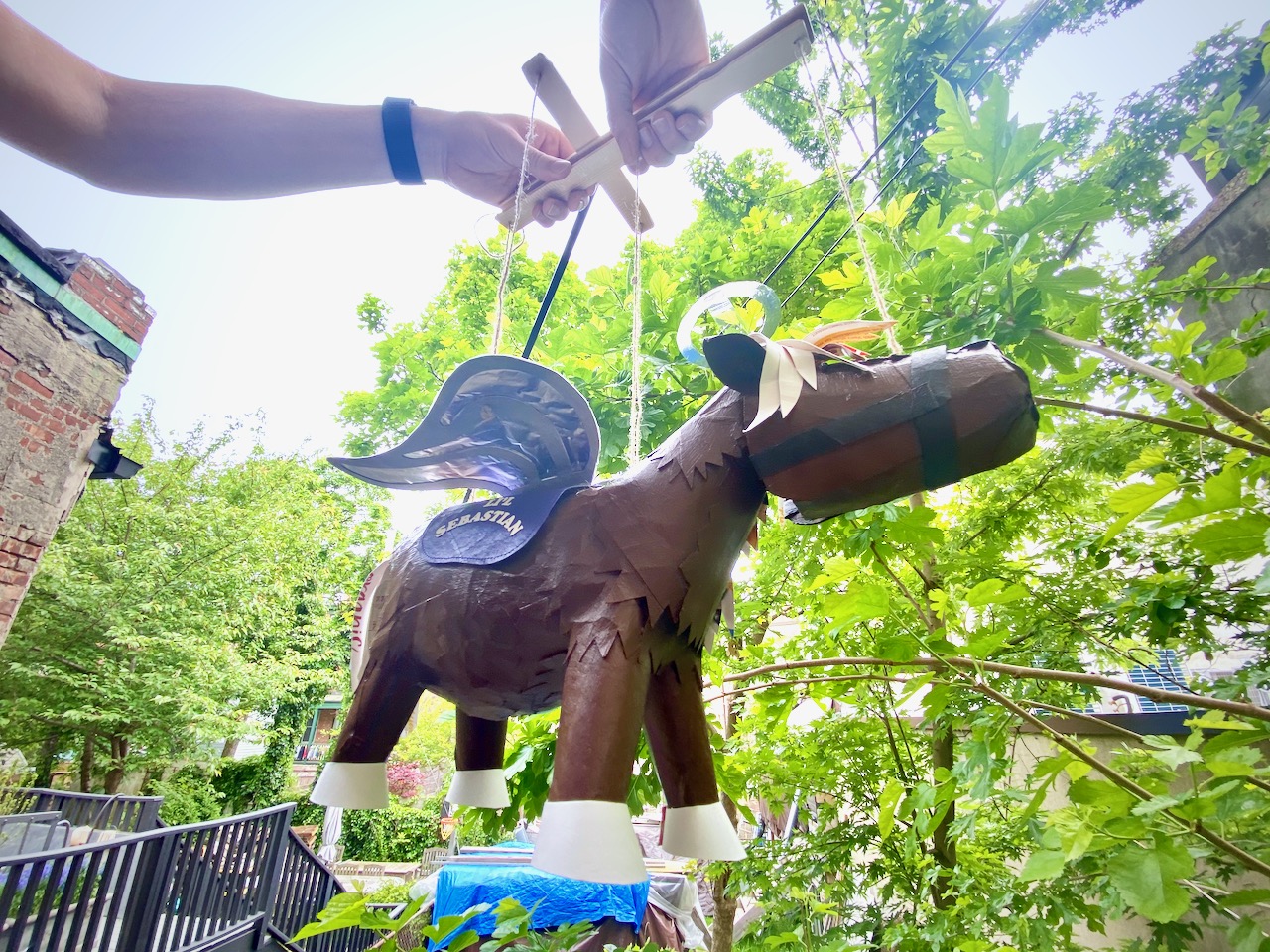 I was responding to the #MakingItAtHome prompt. The challenge was to make something awesome out of toilet paper tubes and paper towel rolls. I wanted to transform the tubes into a sculpted form by flattening and manipulating the tubes so that I could utilize their structural strength but still create an organic shape.

My goal was to use the material in a way that you no longer see "toilet paper tube" when you look at the finished project, but still keep the essence and simplicity of the recycled craft tube.

It was really hard for me to paint him - I love craft paper sculptures. There's something about a monochromatic, organic color that makes me swoon. I think it puts the focus on the shape of the object and is really beautiful.

I was sculpting Li'l Sebastian, and he is dark brown, and I'd be doing him a disservice by leaving him craft colored. I did snap a few photos of him first before painting tho. :) 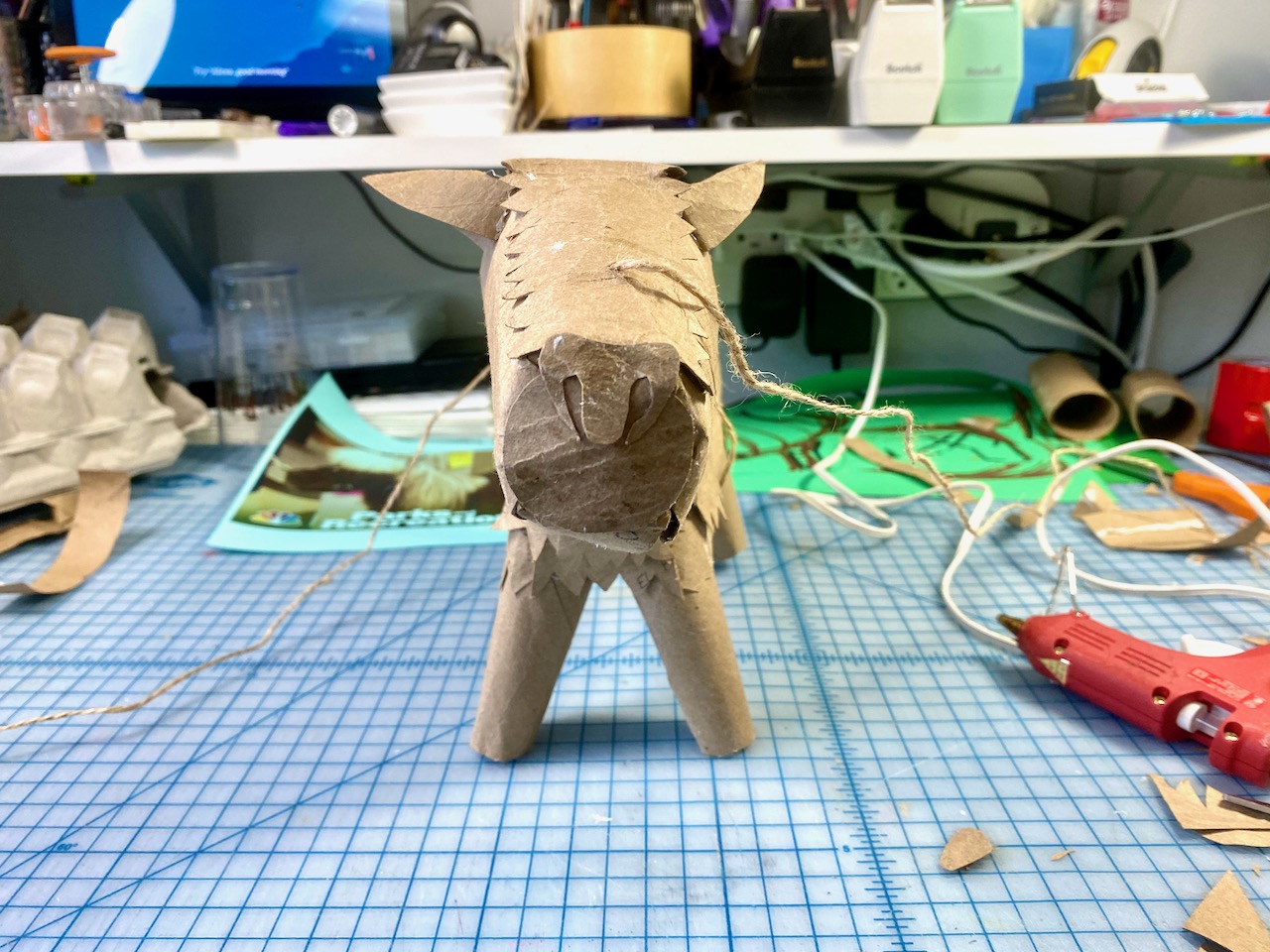 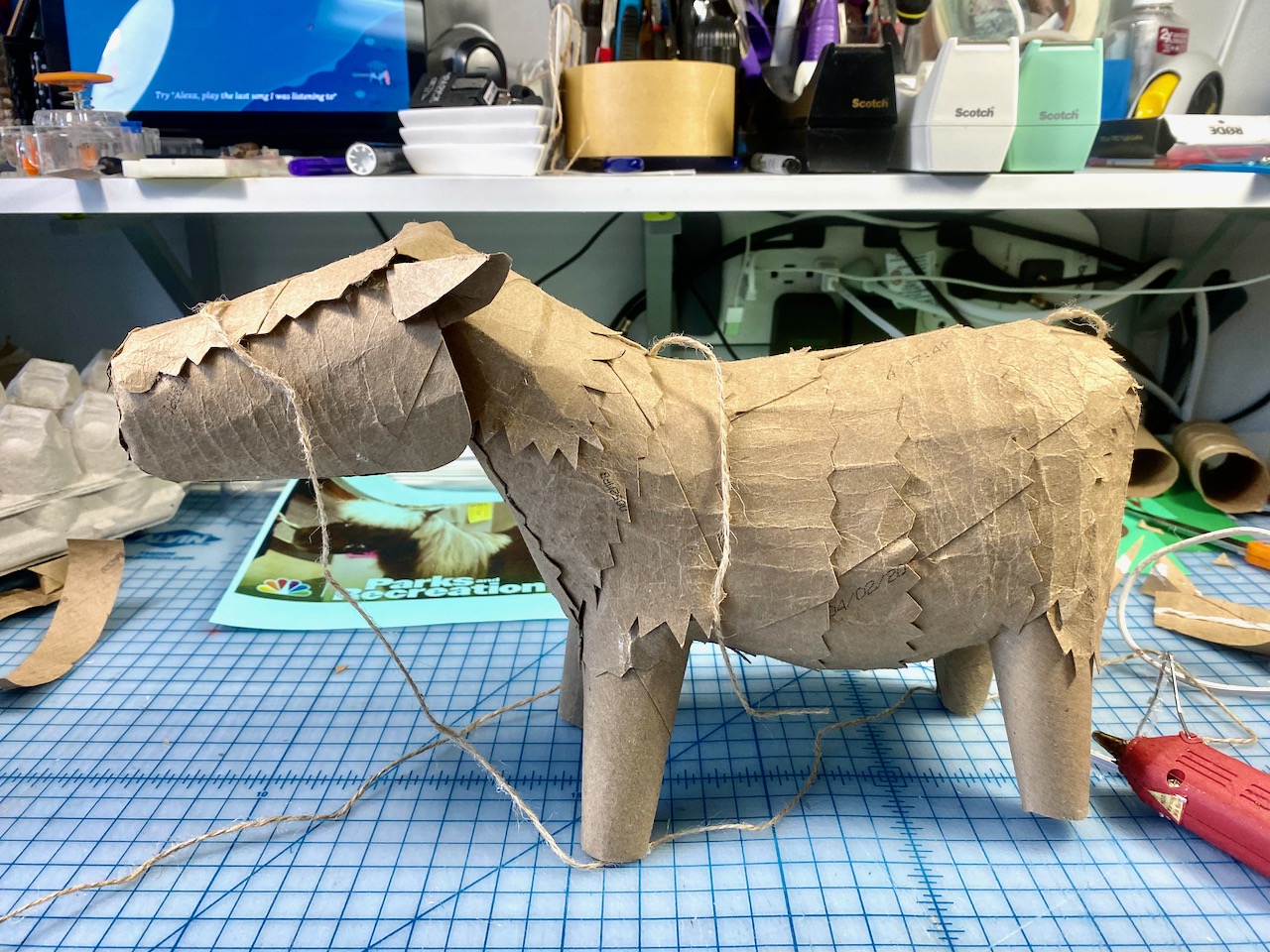 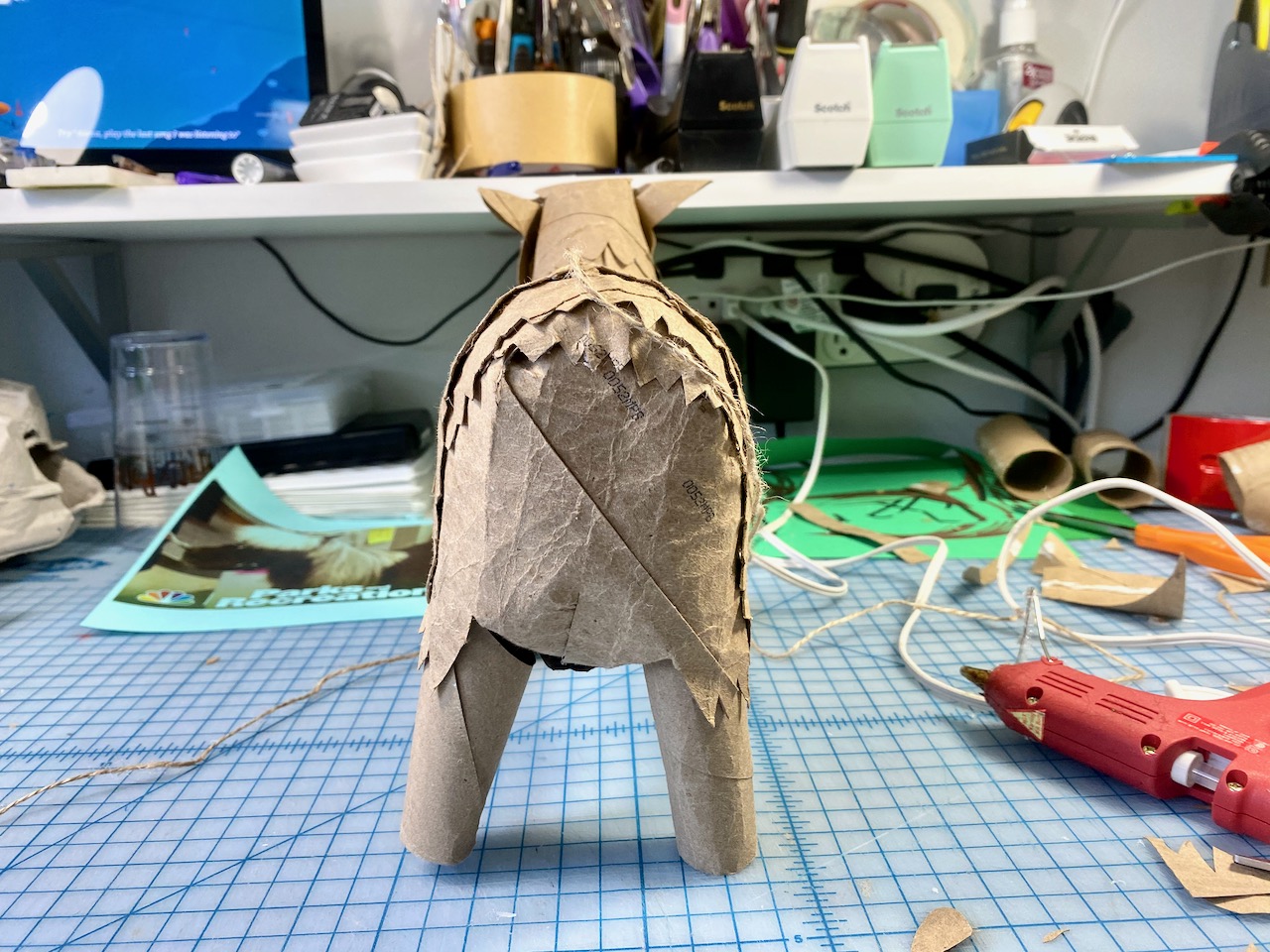 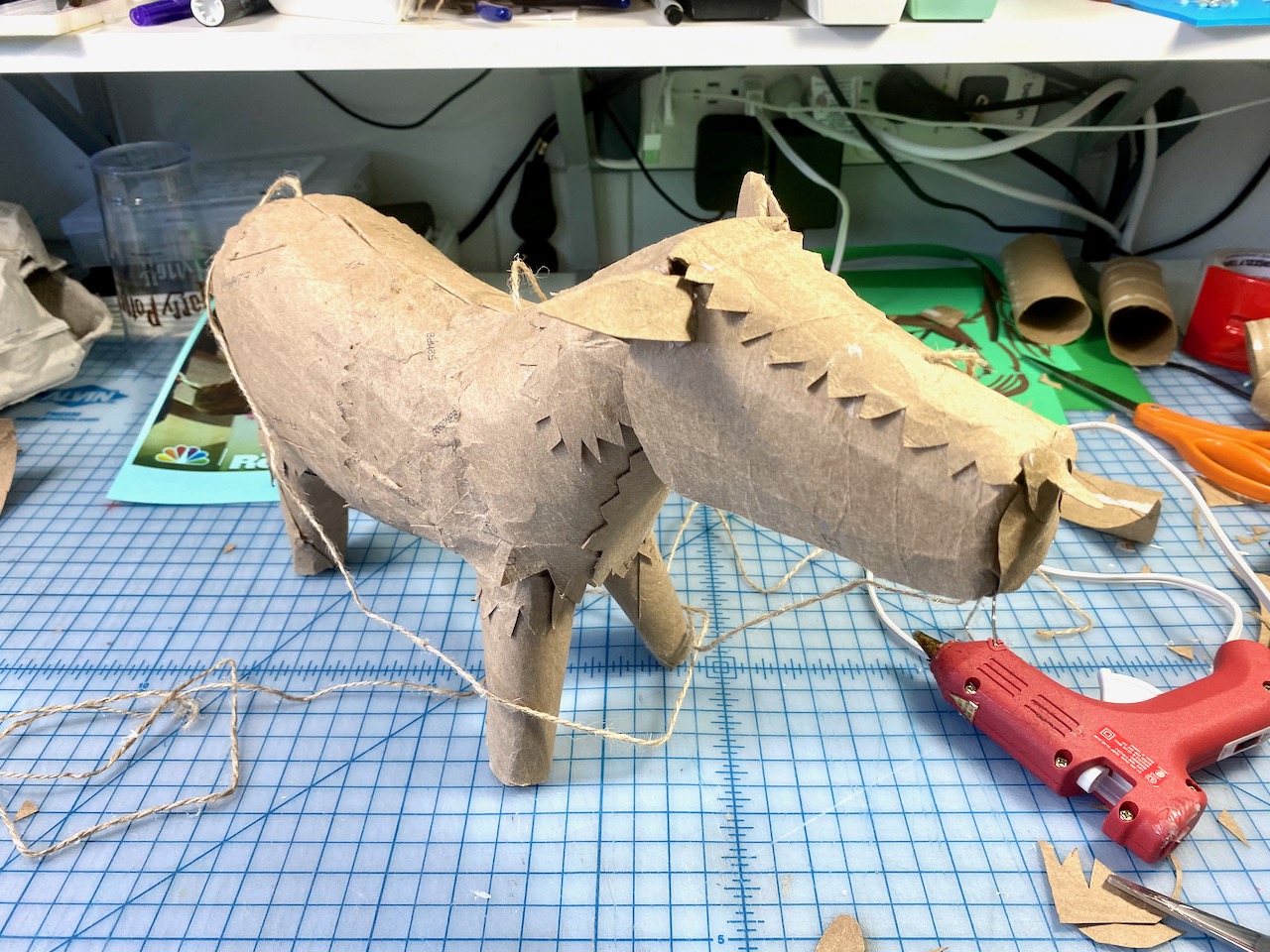 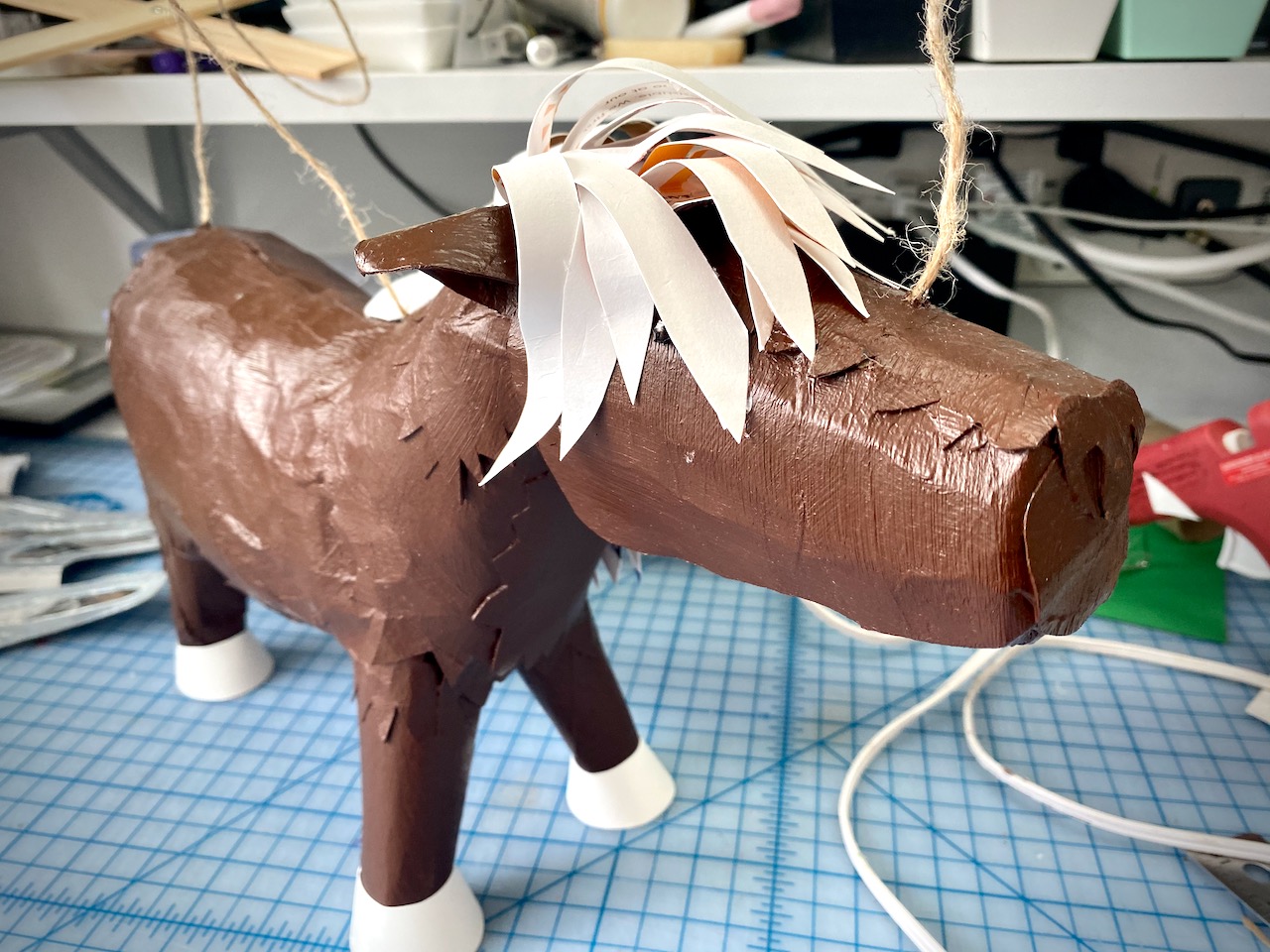 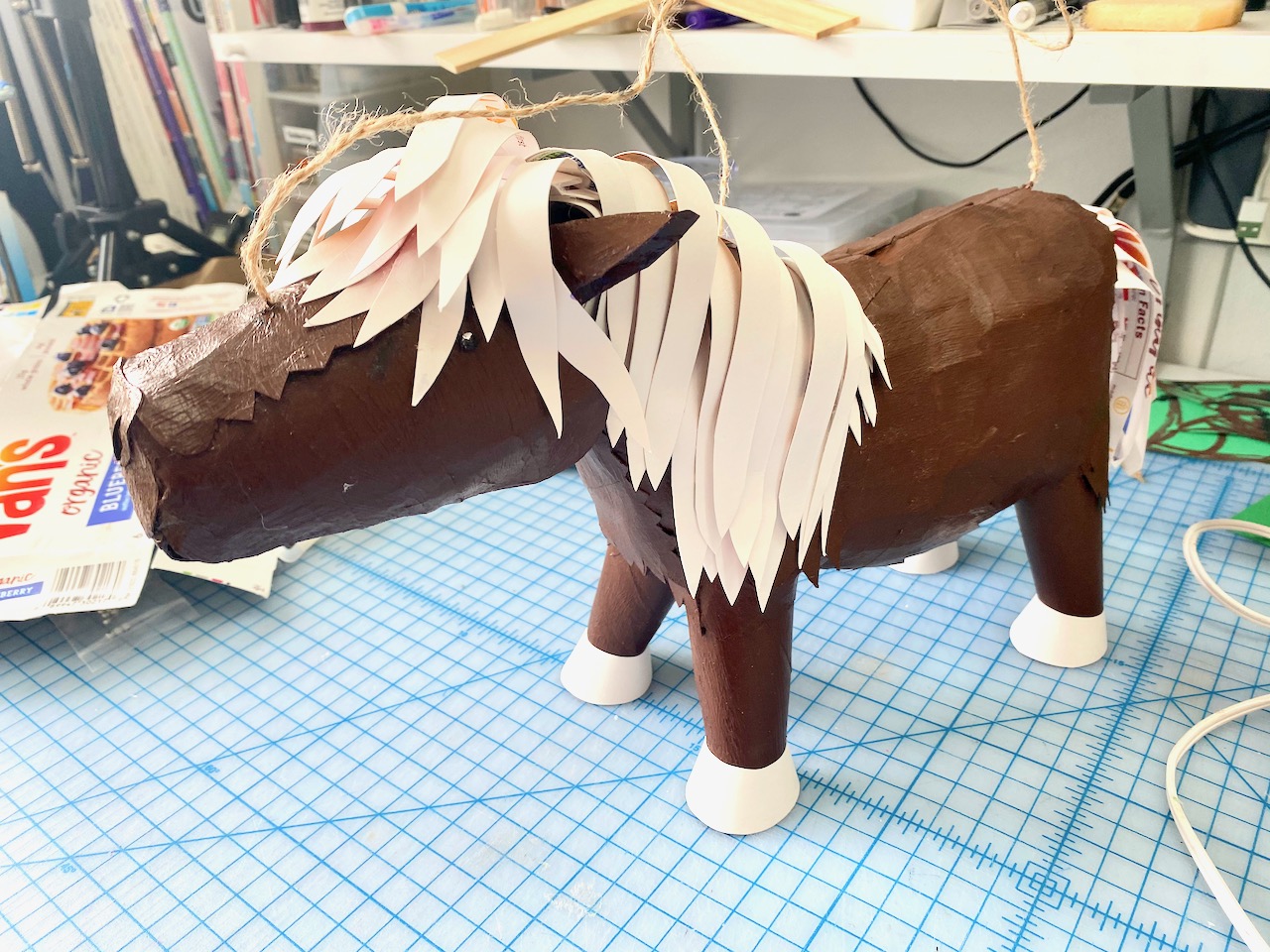 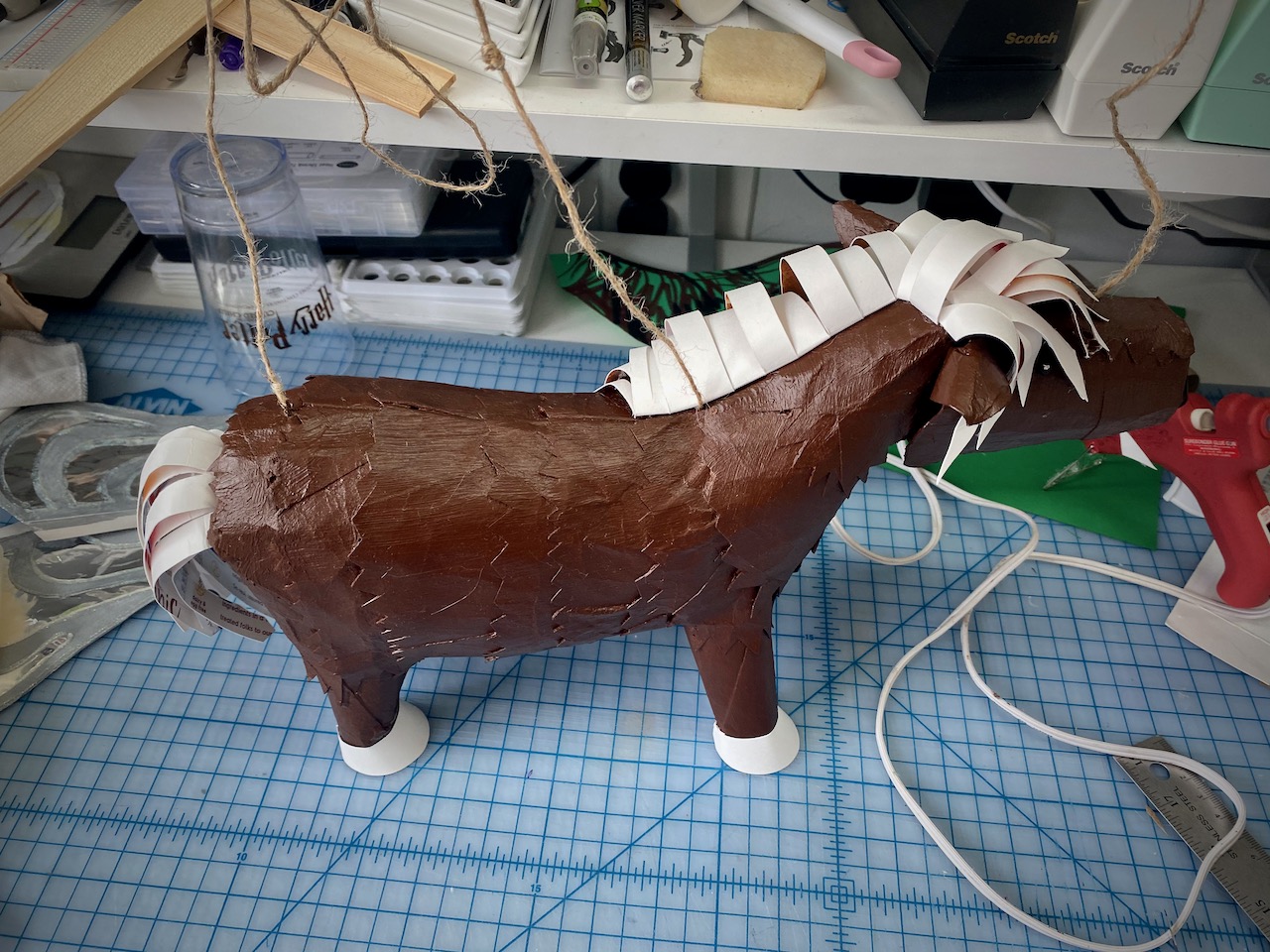 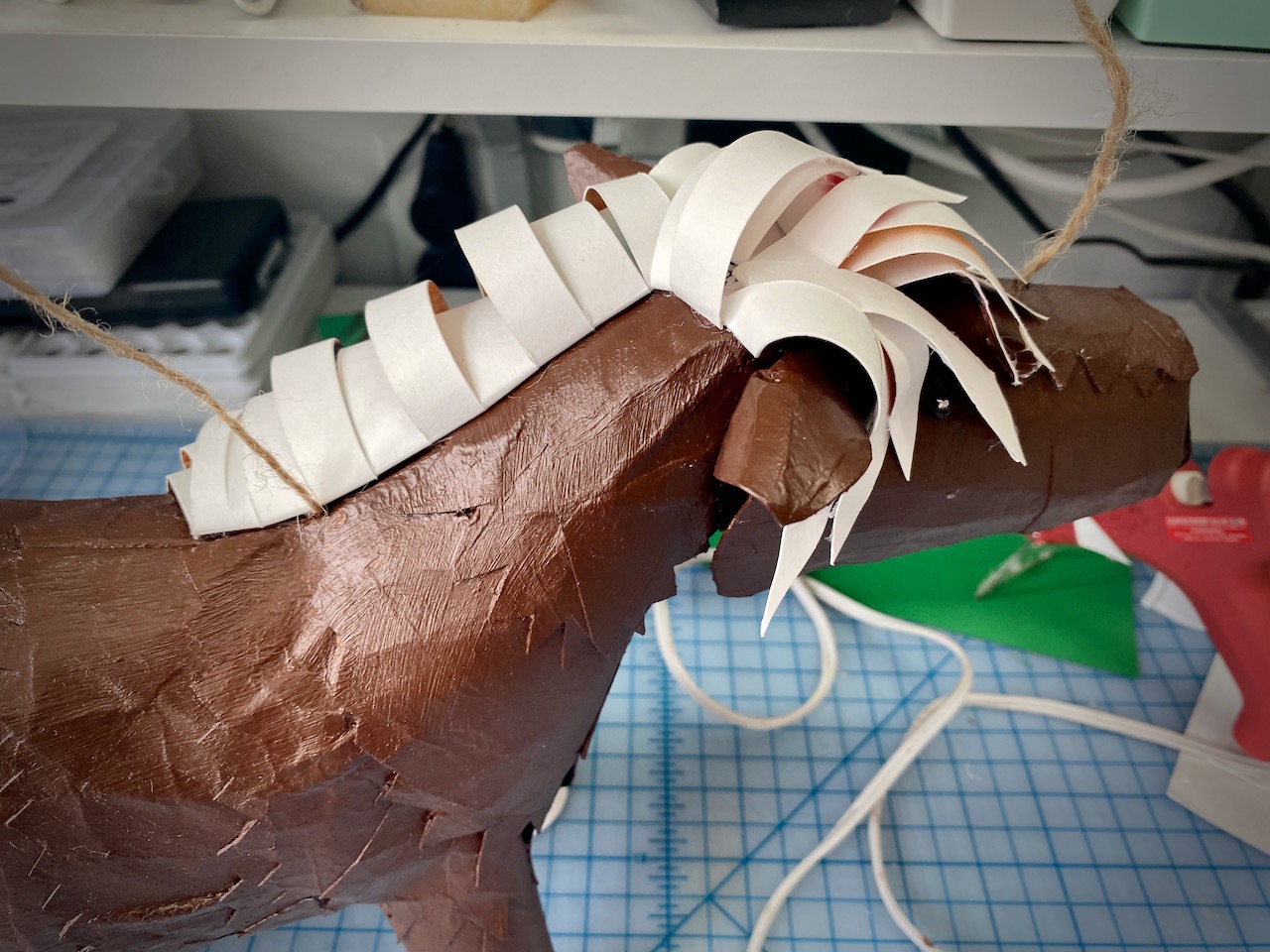 And now, Some Wings! 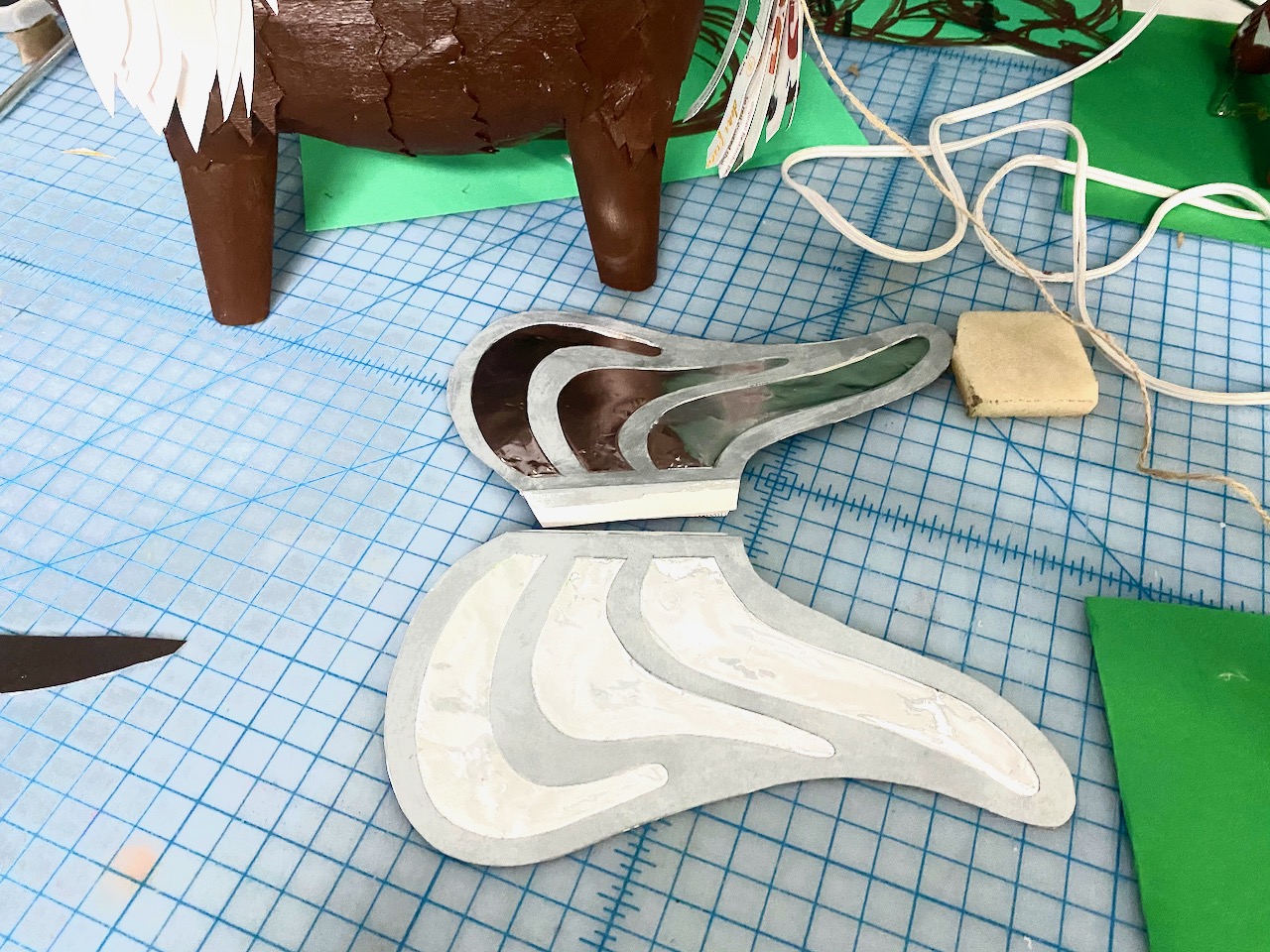 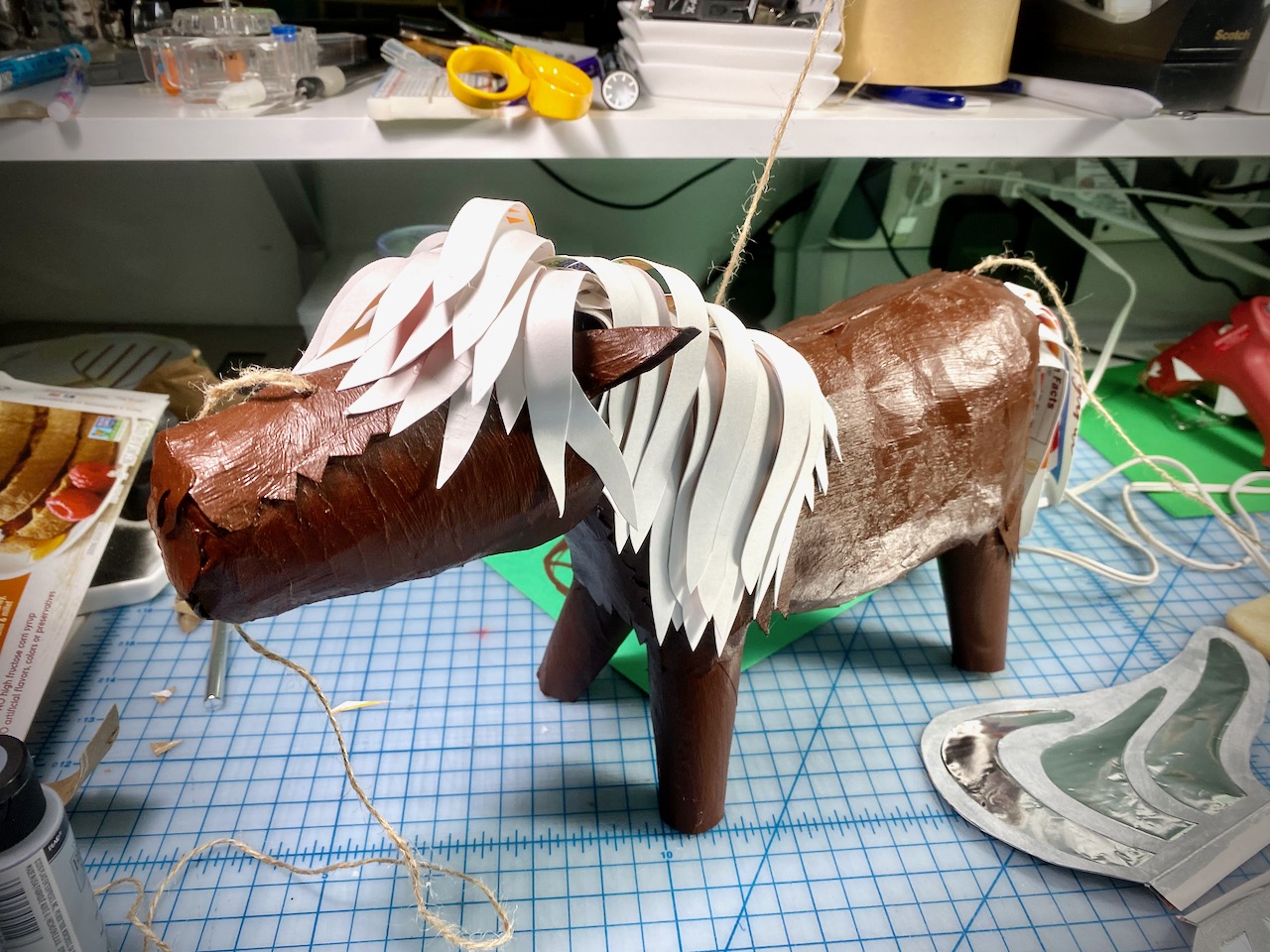 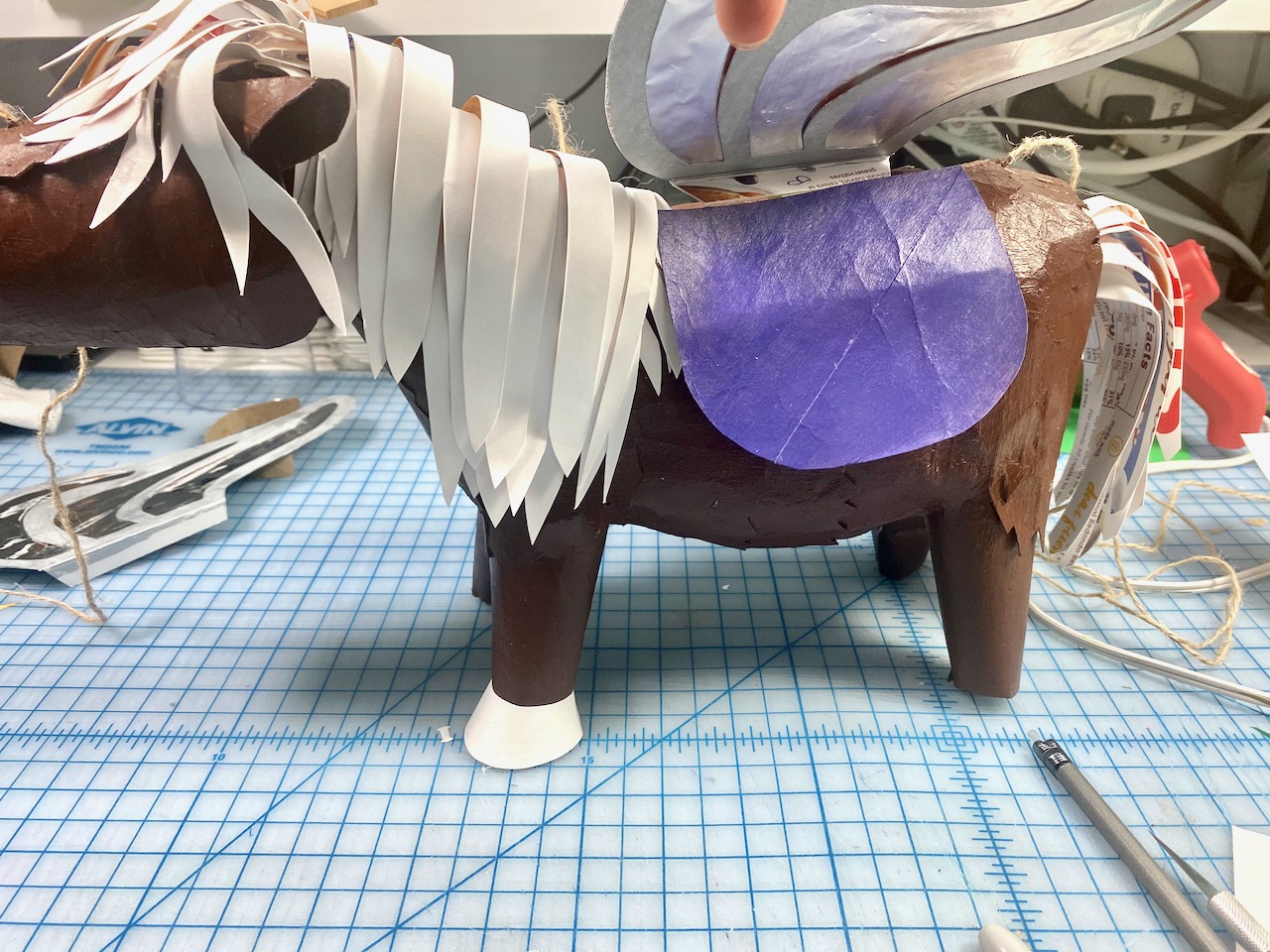 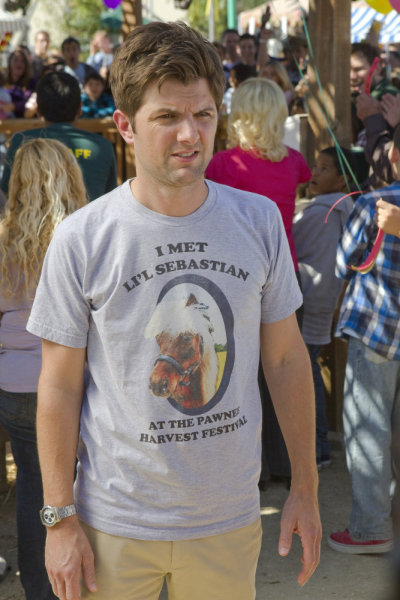 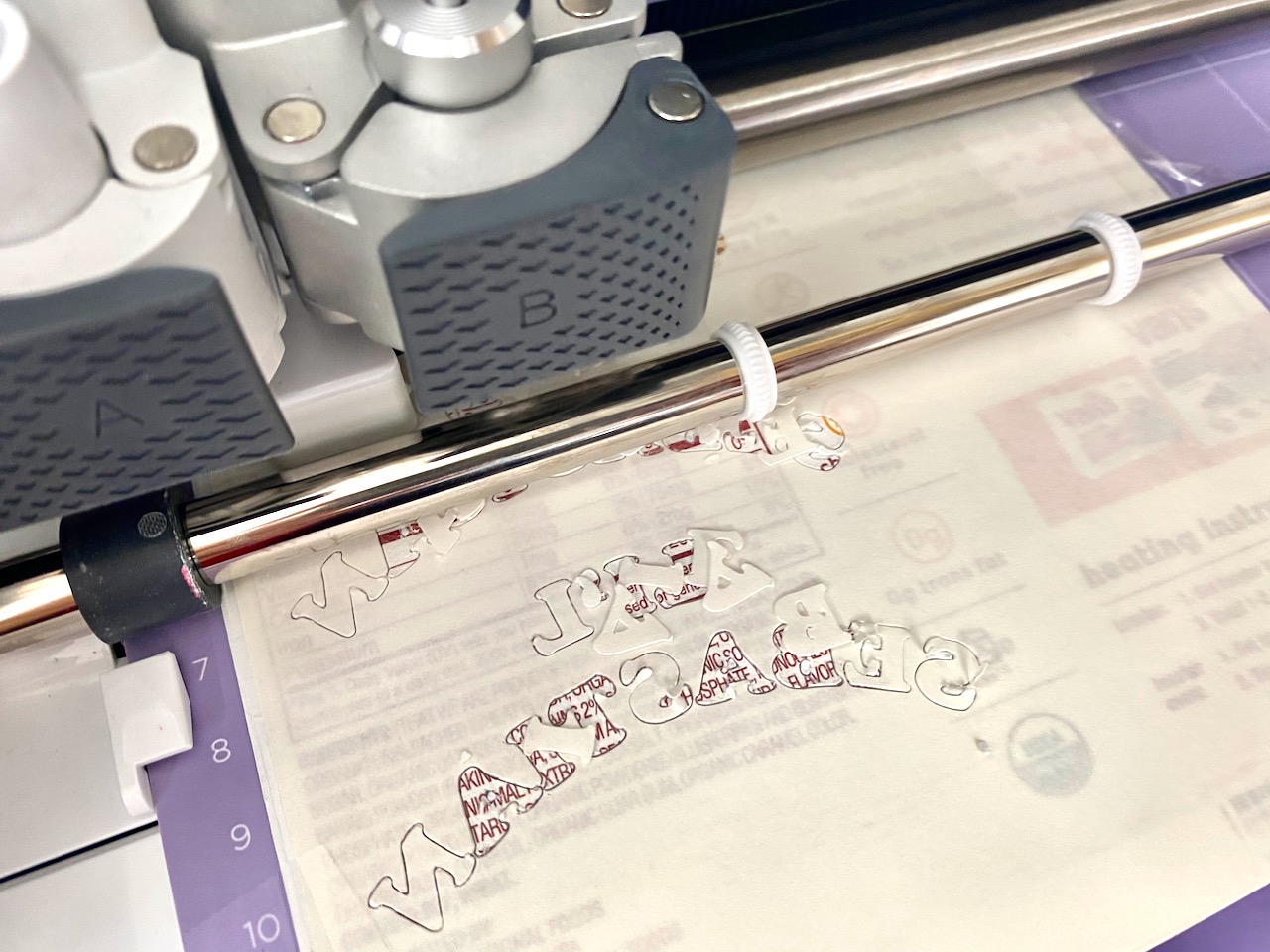 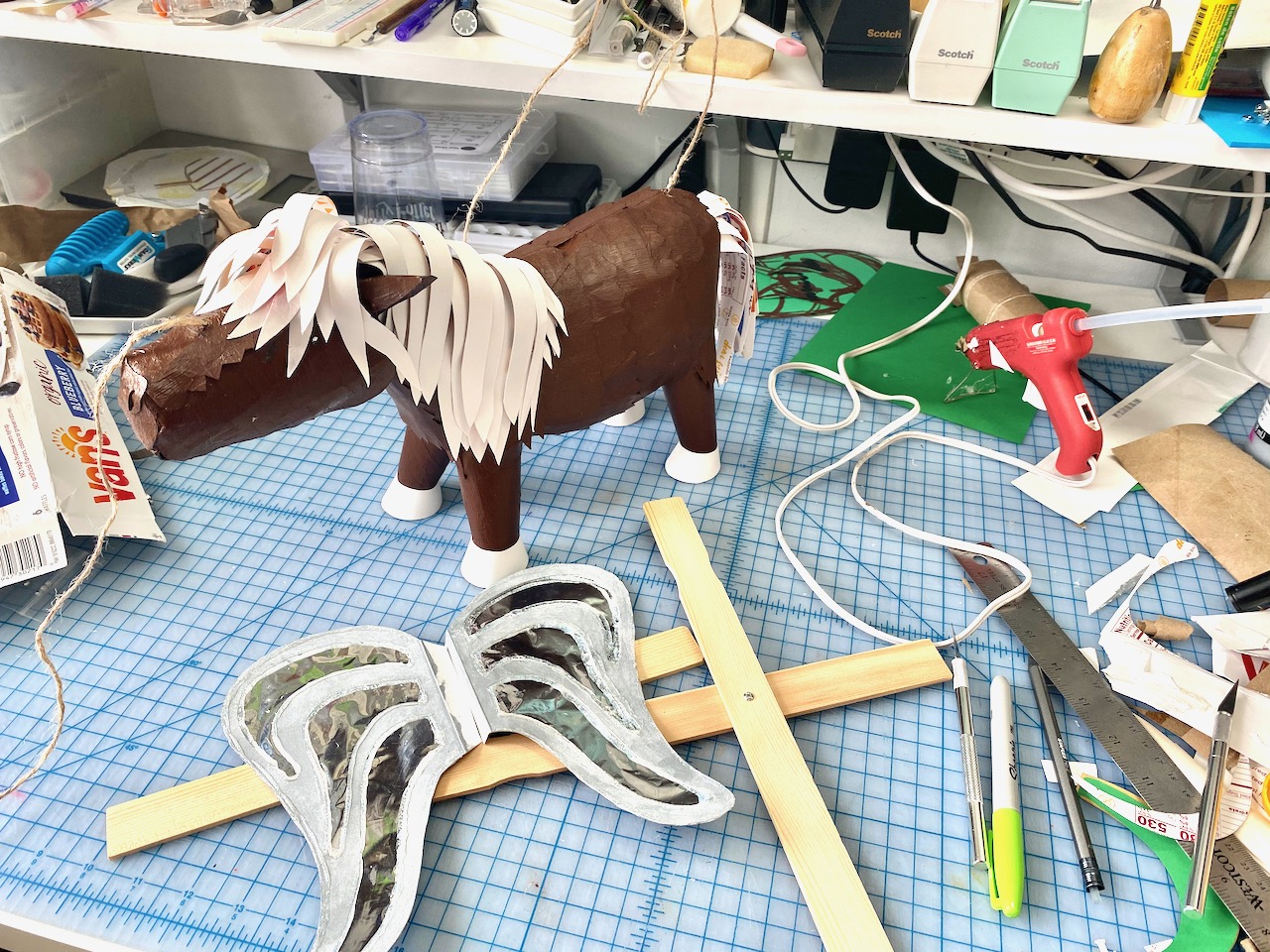 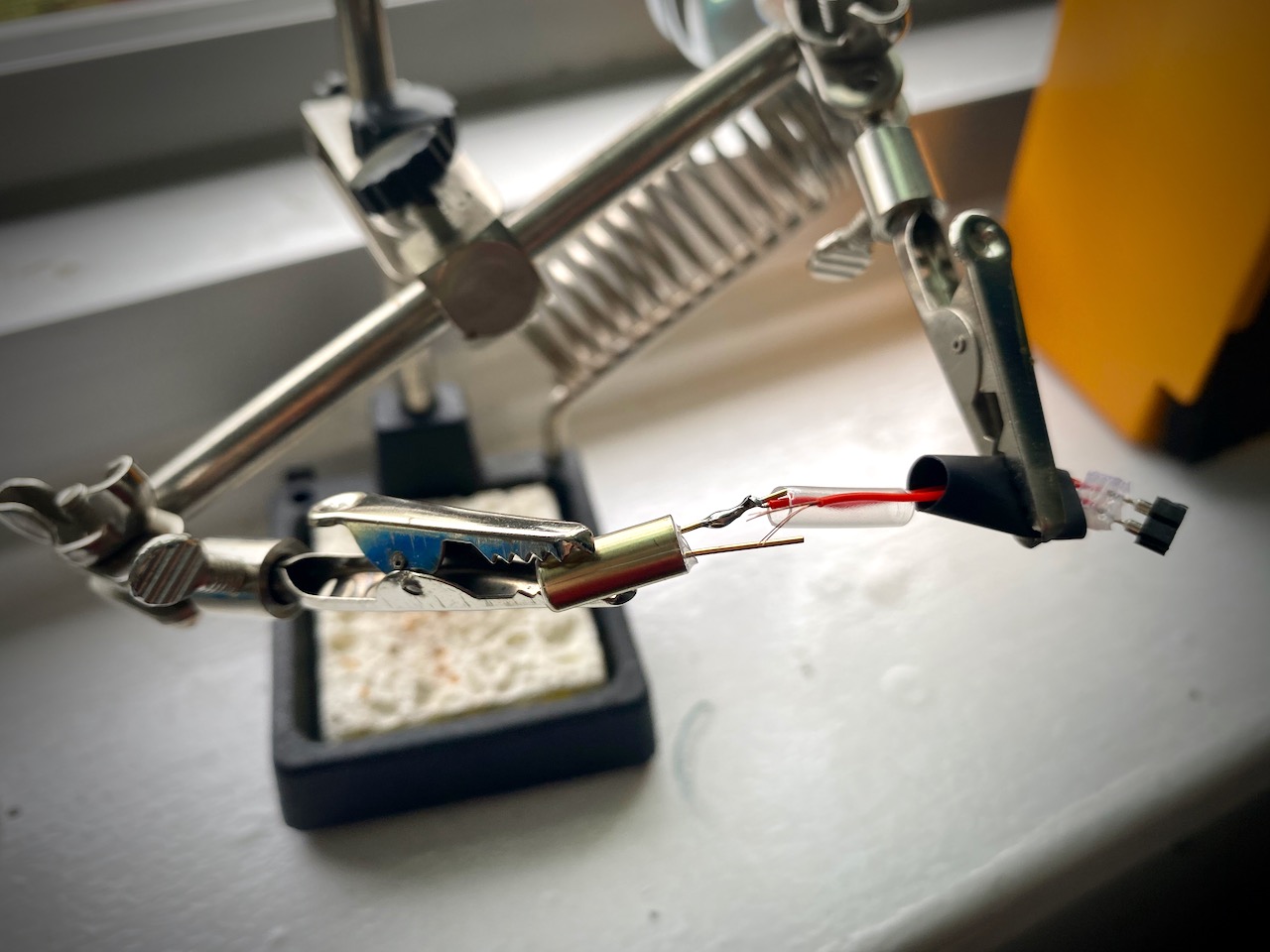 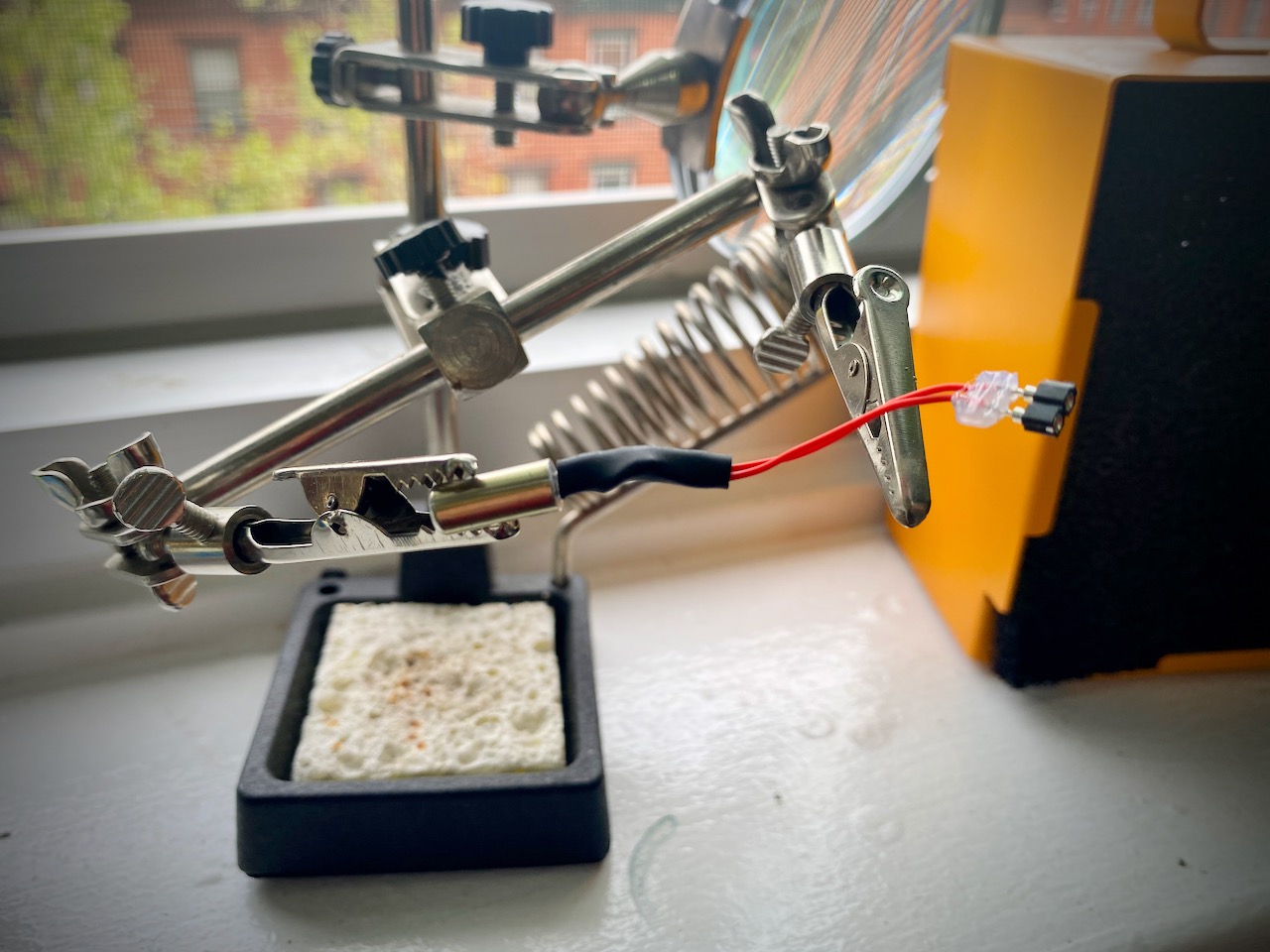 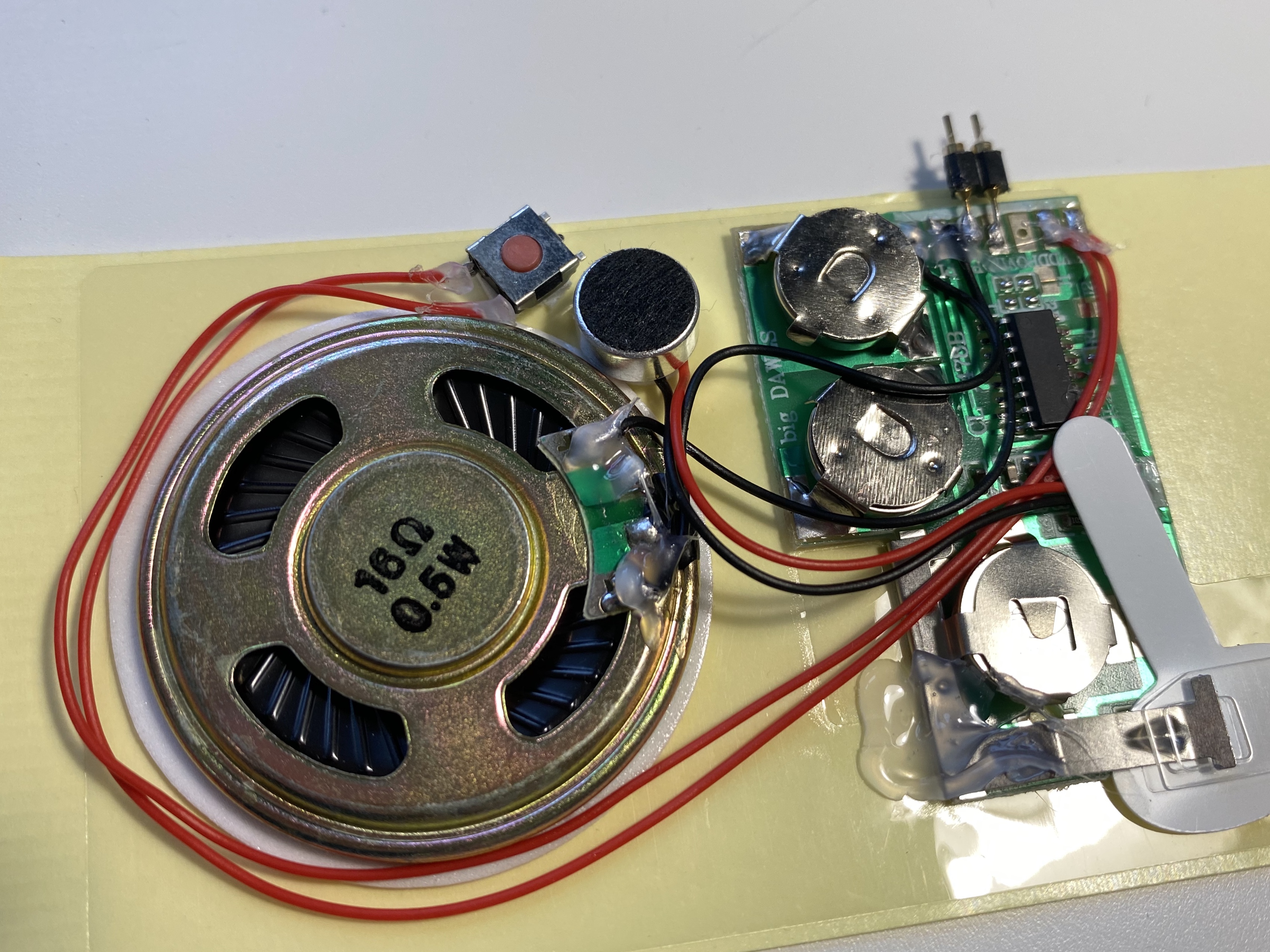 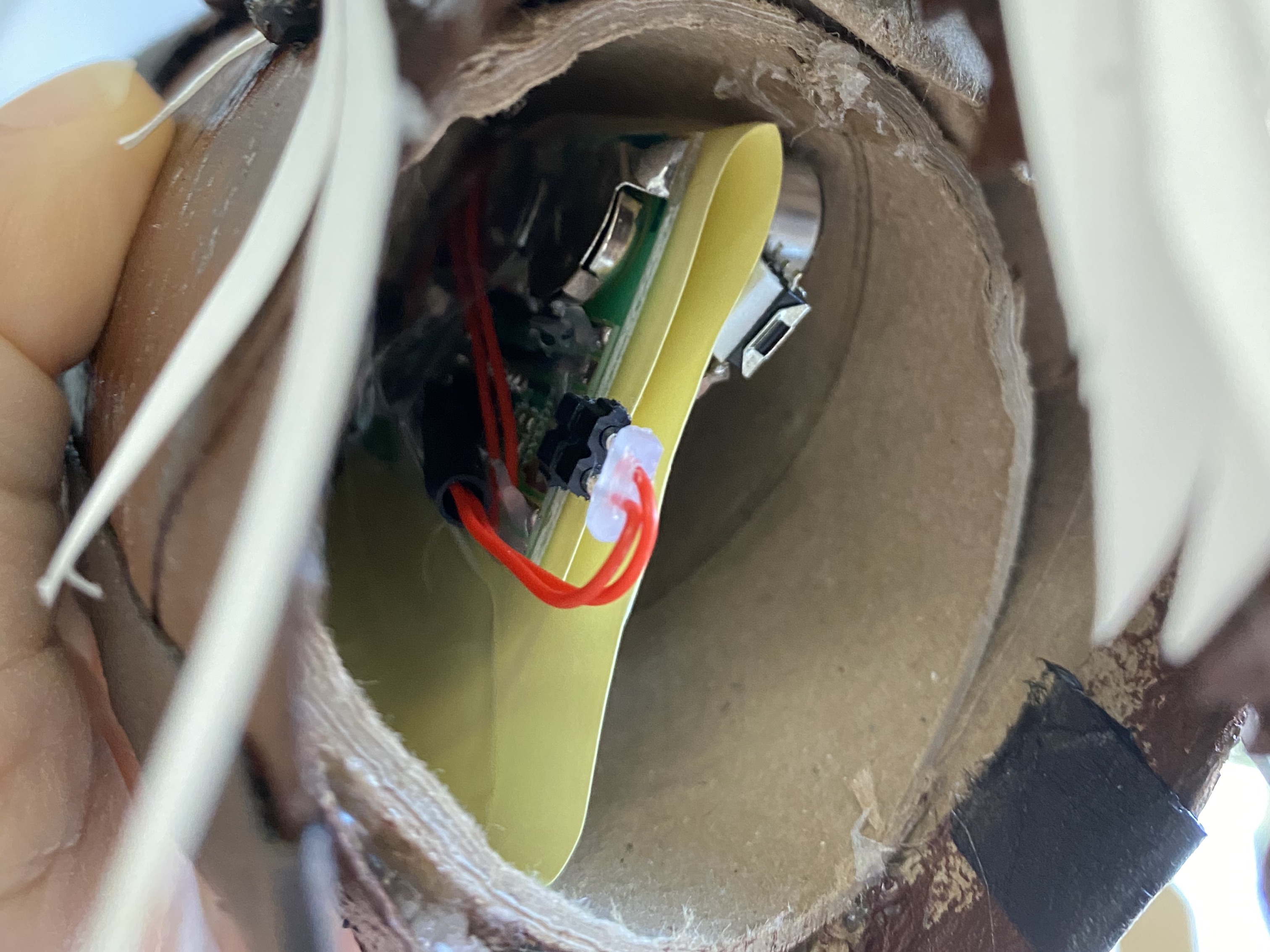 Time to play with my new Li'l Sebastian Marionette! 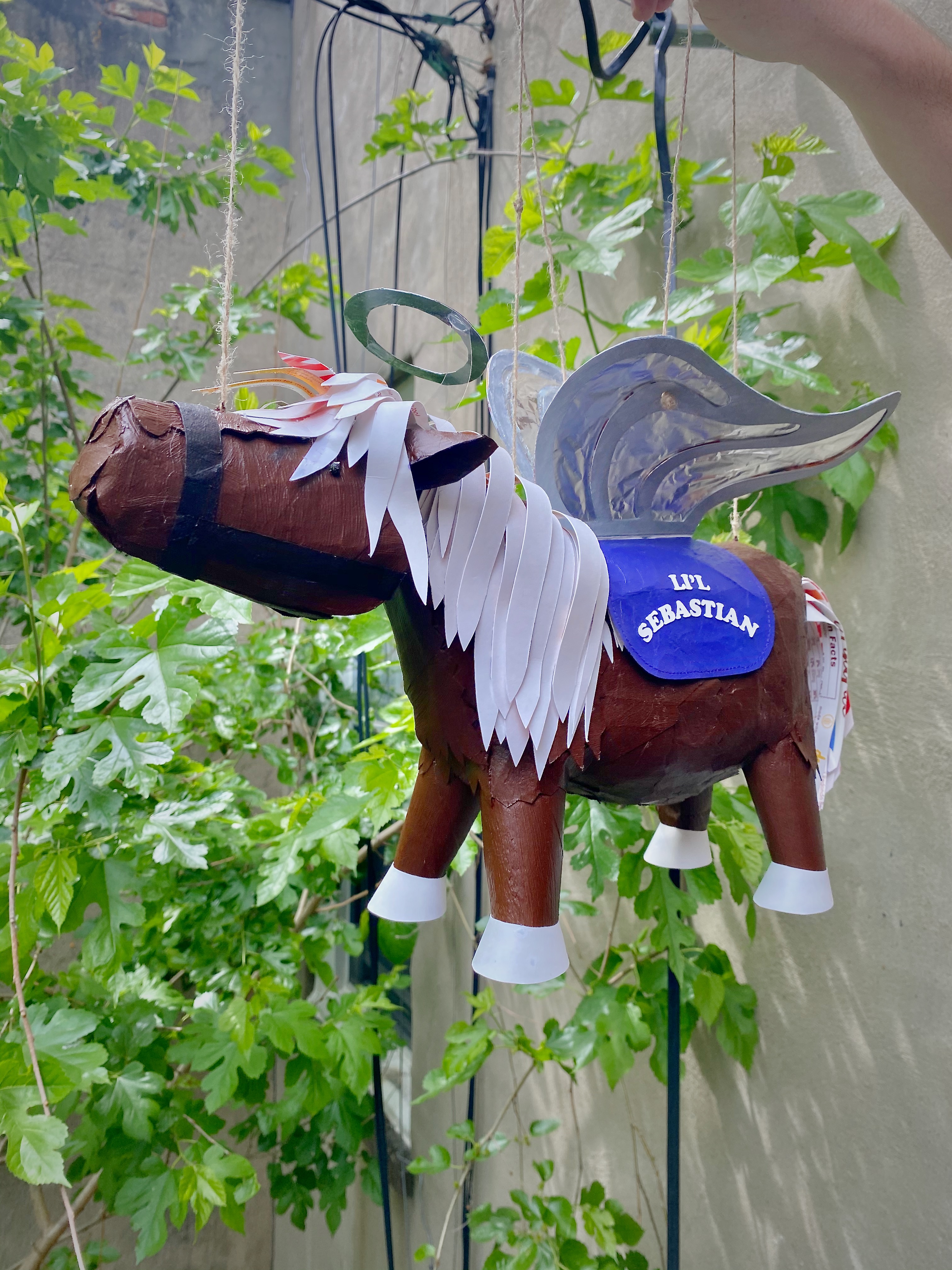 Please let me know what you think of my Li'l Sebastian in Horsey Heaven Marionette in the comments below. :) Our House is Filled With Poop "Loki For President" Cosplay...but for Dogs. Meet "Loki for "PAW"sident!"